Distribution panels make a part of the electrical supply system and are also called an electric panel, breaker panel, or panel-board. The panel has the main job of distributing electricity in different outlets and boards. The panels also have protective fuses or circuit breakers for all the circuits. These are contained within the common enclosure. Nowadays, a distribution panel may also have the RCD or the Residual Current Devices and the over-current protection components, making it even more secure.

The 4 Important Components of Distribution/Electrical Panels

The four essential components of an electrical panel are the main breaker, the circuit breakers, and the bus bars & ratings. However, different appliances and machinery may require different amounts of energy used for operating them.

The breaker panel ensures that the right amount and voltage of electricity reaches to the different sources of power and the circuits. The dark switches of the breaker panel are visible easily to all, and each of these switches correlates to a specific outlet of power.

The main breaker is a double-pole circuit breaker that is large and limits the amount of electricity that reaches the insides of premises from the outside. Hence the main breaker is crucial to ensure that proper control is laid and uncontrolled amounts of raw electricity do not intrude facility interiors from the electricity poles. In the absence of the breaker, the appliances and machinery will explode or get damaged, wires will be fried, and a fire may occur.

There can be different breaker panels; for instance, the Main Breaker Panel is a large-sized circuit breaker with the main breakers built into its assembly and built. Another form of the breaker is the Main Lug Panel, which does not connect to the control using wires. The lug panel uses the lugs (clamps or electrical connectors) for running energy. When a system and location require a separate disconnect, the lug panels can be used. Such a feature reduces the threat of spreading fire.

The circuit breakers can be used to control the flow of electricity to a given switch and appliance. These switches can be turned on and off by the users and are the first connection between an appliance and the electricity system of a building.

Bus bars are mostly the wires through which the electricity is transferred from the main power meter/electrical meter to an actual circuit or switch. The bus bars take the form of two thick wires that are responsible for the transfer of power. 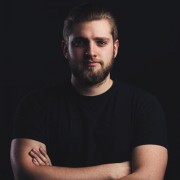 Brayden Ray is a New York Native, speaker & writer that loves writing & sharing his view as a General Blogger Expert He has contributed over many Platforms such as Medium, Hubpages, a Guest contributor to many readers & many readers have found the ways useful of his style of story-telling. Apart from writing, He likes to stay motivated, read books & pursue other activities.

A Quick Guide to Hire SEO for your Business